The article is split into the following five chapters:

In this article we are going to focus on insecure functionality “less” offers. The example with “less” is just to illustrate that the functionality of each application we use with “sudo” has to be checked carefully to ensure that a malicious user won’t be able to abuse it.

“less” offers a command to read other files on the system. Again, the current permissions of “less” are used to read these files.

Excerpt from the man page:

In the following example the /etc/shadow file has been read. 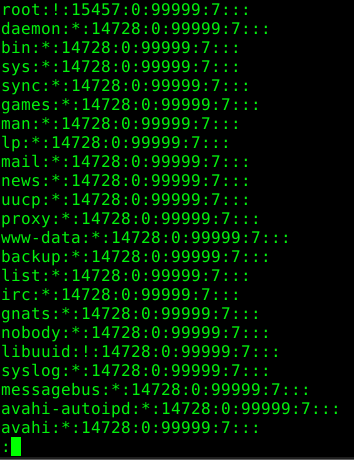 The environment variable “LESSSECURE” can be set to “1” to disable dangerous features of “less”.

Excerpt from the man pages:

There are now two steps we have to take to ensure that this works as expected. First, the current user must have the “LESSSECURE” environment variable set as read-only. Otherwise the user would be able to change its value. This can be achieved by adding the following line to a file in the path “/etc/profile.d/”. We use a new file called “/etc/profile.d/lesssecure.sh” and add the following content:

The second step is to tell “sudo” to keep the “LESSSECURE” variable from the user. This is achieved by adding the env_keep option in the sudoer’s file:

The following message appears now if someone tries to use one of the insecure commands.